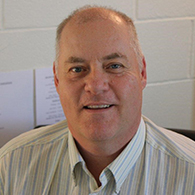 Dave Keaton began his current CTE Regional Director/Superintendent position at Region Two School of Applied Technology located in Houlton, Maine, in July 2012. Previously, Dave was CTE Director of Somerset Career & Technical Center in Skowhegan, Maine for 6 years, was a Pre K -12 Principal at Ashland Schools, Director of Learning at Loring Job Corps, CTE Director at St. John Valley Technology Center, and K – 12 Principal at Limestone Community School. Dave earned his Bachelor’s Degree at the University of Maine at Presque Isle, his Master’s and Certificate of Advanced Studies Degrees at the University of Maine in Educational Leadership.

Dave has recently completed a three-year term, as Vice President of Career & Technical Education National Association for Region, I comprising of 15 states and the District of Columbia. While a member of the ACTE Dave recently was a finalist of ACTE’s Administrator of the Year Award and winner of Region I Administrator of the Year. He also was selected for the Scott Westbrook III Humanitarian Award and the Jim Hanneman Award.

Dave is the President-Elect of the National Council of Local Administrators of CTE (NCLA) and will assume the President position in the school year FY18.

Dave also served on the state committee of the Employer Support of the Guard & Reserve since his military retirement in 2000 as a Field Artillery Captain. Serves on the Board of Directors of Aroostook County Action Program. Dave also serves on serves on several other state and local committees.

He lives in Caribou, Maine with his wife and two daughters.