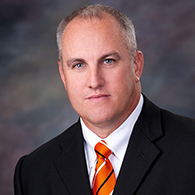 Hughes was then named Assistant Superintendent at Northwest Technology Center for 8 years before moving to High Plains Technology Center as Deputy Superintendent which included vision building and implementation with all Directors and Full-time instructors preceding his responsibilities as superintendent of HPTC, where he had been since 2011. During his 29 years of CareerTech experience, he has worked in all the major divisions of a technology center.